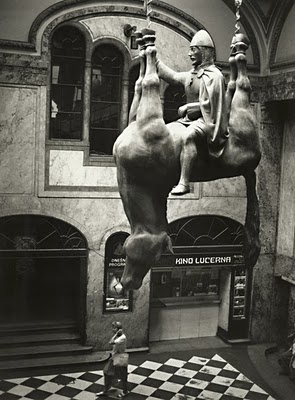 In previous posts we’ve discussed the fact that, however you might initially garner a prospect’s attention, at some point you’re going to have to actually talk to them, selling them in some fashion. Along those lines, a question posed several weeks ago on the Marketing Profs LinkedIn group page was titled “Please don’t read from a script.”

The ensuing discussion via the comments wasn’t focused on ad agency new business per se but a few interesting comments made me think about recent conversations with a few agency principals. These particular principals asked specifically if we ever used scripts and the answer was/is no.

“Planned vs. Canned” is what my first genuine sales trainer used to say. I still believe that.

The above quote is one of the comments from the LinkedIn discussion and sums it up well. In speaking with these agency principals, a few advocated using a script, especially when leaving a voicemail. I’m not a fan. Voicemail’s not completely dead as a prospecting tool in my opinion, but we all know how long a prospect is going to listen to your voicemail-a few seconds if you’re lucky? A rehearsed or scripted dialogue will sound lifeless and dry, at best, especially if you use it continually.

You have to buy into what you are doing before you can sell it. I always like to put myself in the person shoes I am trying to get something from… “what would I like to hear”. I think a script could be useful for the rep to understand the purpose of the call, but never to actually read from it.

I like this one, because I’ve certainly had key stats in front of me during a call, for example. In the comment above, creating an initial script as a learning tool, rather than an active tool, can be incredibly beneficial. As with any channel, using a script more often than not means little or no real interaction, you’re just talking at someone.

To help someone, first you have to learn how to think. To just follow a script will not bring in long term customers.

Exactly-using a script typically squashes the thinking that needs to go into meaningful interaction with your prospects. Ultimately, you’ve got to listen and react, there’s no place for a script in that scenario. The best comment by far from the LinkedIn discussion (and where I nabbed my post’s title) is below:

Sales is such a high paying profession cause I believe you are paid by taking risks. That doesn’t mean jumping willy nilly into a situation. It means putting yourself out there. Risking that you might be rejected, someone might think you are dumb. Enough for most of the world to hide under the table. And when you turn them around, isn’t it beautiful? Dare to be dumb, but not stupid! Or as my dad would say, “I may be crazy, but I’m not stupid.”

If you’re handling new business internally, dare to be dumb, take the risk. 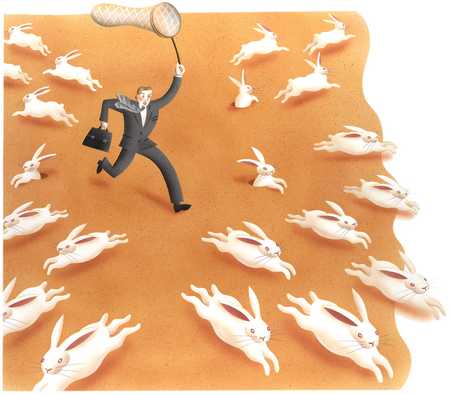 If Agency New Business was a Rabbit Hunt, how many rabbits would you chase?

Agency New Business Via Bill Burr-Get To The Point

Ad Agency New Business: Your Effort is Only as Good as Each List

You Remember the Envelope Right, Used to be Your Ad Agency New Business BFF...
Scroll to top