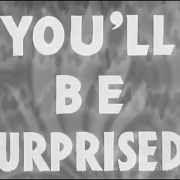 Now that we’ve laid this groundwork… maybe NOW you’re ready…maybe NOW we can bring in those watermelons and I can share the secret of holding your audience’s attention.

One more thing, though.

How does this information apply to agency new business content and communications?

Ah, yes. That.  This is where I’ve landed on this question.

We all know prospecting emails and B2B content tend to lean towards the utilitarian.  The marketers we’re trying to reach are not your average consumer and we’re not Netflix or YouTube.  Our audiences aren’t expecting compelling stories or content worth tweeting about.  However, whether they know it or not, they are susceptible to tension building tactics and relish a good story as much as anyone else.

When it comes to outreach emails, your primary goal should still be to communicate clearly and directly, but that’s not to say you can’t build elements of tension into these touchpoints.  In your new business outreach quiver, you should possess different types of prospecting emails, each with its own specialized purpose. You should occasionally dust off that intro/case study/webinar/blog post email you’ve been using for months and give it a polish.

Are you cutting the tension of your email off at the knees by leading with the payoff?  Are you laying it on too thick and overhyping a weak blog post?  Do your case study email subject lines whimper into the inbox when they could be roaring?

Look out across the entire spectrum of your outreach emails and ask yourself:  Where are the opportunities to build suspense and curiosity?

Be the Reality TV Editor Your Audience Deserves

Recently over a beer, a colleague confessed to bingeing on Bachelor in Paradise for an entire weekend.  I won’t judge the man for what he does in the privacy of his own home and I would hate to reveal his identity because he’s a respected colleague and upstanding member of society…but his name is Lee McKnight Jr., VP Sales at RSW/US. (Note from Lee: I regret nothing, but I am dumber for it.)

If you want to ask Lee about his Bachelor in Paradise Fan Club find him on Twitter or Linkedin or email him.

I’ve outed Lee to illustrate something Andrew Davis pointed out about creating a curiosity gap.  The Reality TV Editor is the undisputed champ of using curiosity gaps to create tension.  How else can we explain the fascination with such banal, trivial subject matter as Bachelors, Kardashians, Dancing Celebrities, and Projects Runway?  Reality TV Editors are master manipulators of their audience’s need to know more.

I’m going to focus on case studies at the moment because that’s a content type that most agencies are likely to create.  Also, while any outreach email can do with some punching up, it’s case studies and blog posts that can benefit the most from some showmanship and sparkle.

Many agencies excel at crafting a compelling narrative with their case studies but just as many see their case studies as little more than a vehicle to boast of client results.  I won’t dispute that ROI is important.  Showing a significant increase in ROI can, on its own, be a powerful motivator for a prospect to take notice.  However, ROI stats alone don’t provide context or show prospects why a result was so significant and why the agency’s unique approach matters so much.

These types of case studies will usually try to get away with doing the bare minimum, which is stating the scope of the client’s project, describing the components of the solution, and rattling off the results.  This gets the point across, but doesn’t this approach make the relationship between the agency and its client seem too, I don’t know, transactional?  Not that “transactional” is a four-letter word, but blech.  What this does is paint the agency as little more than a merchant or worse yet a vendor.

If you can help prospects see your clients as innocent villagers that had a dragon problem, guess who gets to be the knight that slew the dragon.

How do you take a bare-bones case study to the next level?  Try thinking a little more like a Reality TV Editor.  Let’s briefly touch on the first component of the standard 3-part case study structure, The Challenge, to give you a few things to consider. (And we also plan on expanding more on case study writing in future posts.)

The Challenge or Act I: Woe to the Innocent Villagers

Knowing your audience helps.  A lot!

It’s asking a lot of one case study to showcase the entirety of your capabilities, culture, and unique approach.  Don’t try to make a case study be all things to all prospects.  It can be done but the case study is almost always weaker for trying.

The good news is that if you’re building your prospect lists according to your expertise and client experience, you’re already starting off on the right foot.  You’ll have a better idea of who you are and how you’re selling yourself and this will inform your messaging.  Your experience, and thus your case studies, will naturally align with your target prospects and speaking to your prospects’ pain points becomes as easy as dramatizing your former/current clients’ challenges.

What were your clients’ anxieties before you came on the scene?  What were they in danger of losing?  What was their vision of who they wanted to be?

Clearly laying out the answers to these questions in the opening of a case study will either get your prospect nodding in agreement or mulling over something they’ve had trouble articulating.  By setting the scene, you’ve more effectively cast yourself as the hero who will swoop in during Act II of the case study.

Maybe this whole post is a waste of time.  Maybe trying to inject a few elements of storytelling into your outreach emails or case studies is too lofty or high-falutin’.  Sales should be practical.  Prospects only want to know if you can give them good ROI, right?

What changes much more slowly are people.  That’s people with a capital P.  Humans have been about the same type of creature for the past 200,000 years.  We’ve been weaving stories and trying to place our daily trials and tribulations into a grander context since day one.  Do you really think the artists creating early cave paintings didn’t make a buffalo’s horns a little sharper or a herd more numerous to raise the stakes?

With that, I think it’s finally time to get to those watermelons.  You’ve earned it.

In his talk at CMWorld, Andrew Davis offered examples of two very similar pieces of content that took entirely different approaches to entertaining their audiences.  In both, the content providers mutilate melons for our enjoyment.

One is from the Slow Mo Guys, a very popular channel on Youtube.  The Slow Mo guys create videos for their over 11 million strong subscribers following a tried-and-true formula, show a cool thing and then show that cool thing in slow motion.

Its videos are the very definition of snackable, few are much longer than 5-7 minutes, titles tell you exactly what to expect, and they’re all payoff!  They linger on the payoff, they luxuriate in the payoff, they wallow in the payoff.  They take what is, in essence, a few seconds of actual footage and stretch it out for minutes.

Compare and contrast this to what Buzzfeed did in a FB live stream with their Rubber Band Watermelon event.  Over the course of the 45-minute live FB event, two Buzzfeed “scientists” added rubber bands around a watermelon, one at a time.  The goal was to determine how many rubber bands it takes to implode a watermelon.  Stupid, right?  Yes, but also a masterclass in creating tension and holding an audience’s attention.  At its peak, 807,000 viewers tuned in and many watched for the whole 45-minute live stream.

In those 45 minutes, viewers despaired at their life choices.

Others forsook their familial obligations…

Then when the glorious moment finally arrived, the internet rejoiced. 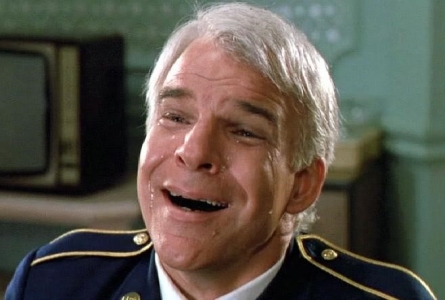 The takeaway is this: People Aren’t Goldfish.

Social media and snackable content haven’t melted our brains…yet.  Our problem – as content-makers, marketers, salespeople – is that at some point we began to feel that we’re entitled to our audience’s time.

To grab, and more importantly hold, our prospects’ attention we have to earn it, continuously and continually.

Miguel Trejo is Director of Marketing Communications for RSW/US where he oversees ongoing content strategy and development for client new business programs. However, when night falls you might catch him performing with his improv troupe or enjoying a board game with his family. 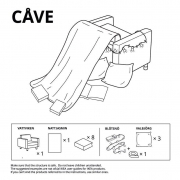 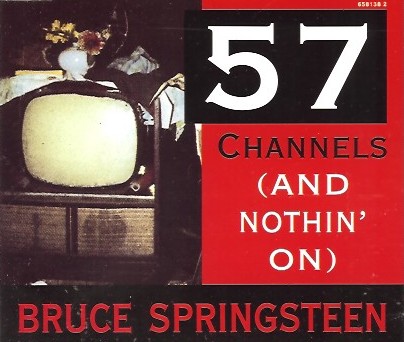 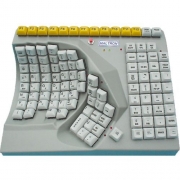 RSW Agency New Business Case Study Series, Pt. 5: If You Don’t Have Results for Your Case Study, It’s Time for a Pep Talk

Your Agency New Business Copy-Would You Hire Your Agency?

64% Of Agencies Are Unsatisfied With The Success Of Their New Business Prog...
Scroll to top