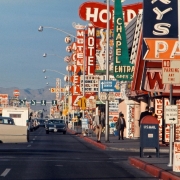 A big thank you to AMI (Agency Management Institute) for my guest post, Be Wary of the New Business Development Director With the Legendary Prospecting Network.

You can read it below in its entirety.

There is a great dilemma many agency owners face time and time again: Do you hire an internal new business development person for your agency with solid sales experience (and a price tag to match), or an inexperienced individual that’s cheaper, but seems driven/teachable?

The former example is certainly a potentially sound investment, although not always feasible, and the latter doesn’t traditionally have a great success rate unless an agency is willing to put real work behind their training and possesses the requisite patience to see the process through.

That’s probably why the average new business director at an agency lasts about eighteen months.

In my first example, you have likely experienced this in some form or another. That person with experience in one vertical and an abundant network of prospects within that vertical; or the other kind, that person with the fabled “ultimate agency new business Rolodex.” And sometimes, you run across someone with both deep experience in a vertical and an abundant network.

These kinds of hires occur often and I don’t blame agencies for it. They can work but, in far too many instances, that new business director with the legendary prospecting network hire ends up flaming out. In fact, I recently spoke with an agency principal on this very topic, and she gave me permission to share her less than desirable experience with you. So, here goes. 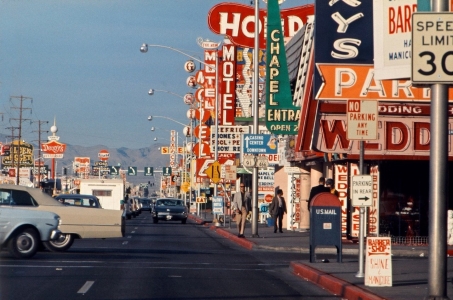 When my agency owner friend initially hired this new business development guru with the “legendary prospecting network,” the big draw was, of course, that huge network.

There were assurances, apparently all in good faith, that success would result from that network.

It sounded promising, but unfortunately, it was not in this case. A couple of things didn’t work out the way she had planned.

Hitting Up Your Friends Is Not a Business Strategy

Turns out, hitting up your friends is not the easiest thing to do when it comes to new business and it’s definitely not a viable business strategy.

The new business director had plenty of contacts within the industry, and they were at the “right” companies, but where this failed as a business strategy is simple. The majority of those folks were simply friends who were doing her a favor by meeting with her.

Sadly, these favors didn’t translate into business. There’s certainly something to be said for initial conversations and networking—it’s important—but it became obvious after several of these initial conversations that these prospects were considering the meetings a favor, rather than a meaningful consideration of the agency’s services.

The new business director found it much harder than expected to approach and prospect these personal contacts after that.

At Least She Has Experience In The Vertical, Right?

The next problem was a bigger one: The agency had bought into the network, but that was losing steam.

The good news: The new hire’s experience in the vertical. The agency felt reassured this individual would be able to speak the language and sell the agency with value. However, though this new business director was a vivacious and charismatic networker, that didn’t translate into an her being an effective salesperson once she was outside her network.

It quickly became evident that her network had been her only new business plan.

Yes, she knew the industry, but had no real sales skills beyond her personal contacts and face-to-face networking (primarily at social events). She wasn’t adept at translating her knowledge of the industry into a sales strategy that worked within any medium (email, social, phone, etc.).

Not surprisingly, this new hire was gone within a year.

How often is your agency in a competitive pitch situation?

3 Takeaways Ep 09 – If You Don’t Have The New Business Chromosome, You...
Scroll to top