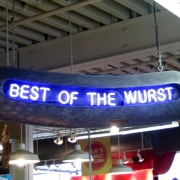 Having now managed over 30 searches for brands like Mariano’s, Mercy Health, Jack-in-the-Box, Duck Tape, Mizkan Foods, Cayman Islands, and Motorola, we haven’t seen it all…but we’ve seen quite a bit.

Here are some of the “best of the worst” of agency searches – and some pointers for agencies if they’re listening/watching/reading this post! 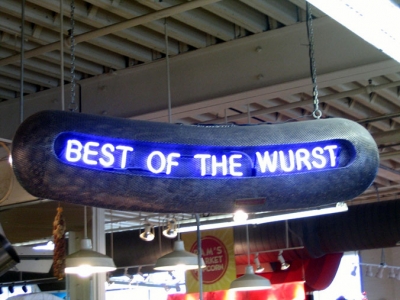 Lesson:  Think carefully about who you’re bringing and what their role is in the pitch.  Maybe even think about bringing in a few “ole timers” to round out the show.

Lesson: Fine to step outside the requirements, but don’t ignore them outright.  Do as you’re asked, not just as you’d do.

Lesson:  Marketers want sound strategy and smart thinking… not pretty pictures and fun campaigns (at least most do!).

Lesson: At least look like you care!  And remember, marketers care less about you and more about themselves.

Lesson:  Leave no stone unturned.  Assume the “wurst” when you bring a prospective client into your home!

While some of this seem like basic “101-ish” stuff…it happens.  I’ve seen it.

So be aware of these “wursts” as you roll into your next pitch and hopefully you’ll find yourself in a winning place!

FunDUH!mentals in Agency New Business – Have the basics become part of the...
Scroll to top