I was at a new client kickoff meeting when the subject of “hunting the whale” came up.  There were apparently a group of agencies in town whose central new business strategy was focusing on 5 to 10  large prospects, with the thinking being they would employ a laser-focused strategy, in-depth research, and irresistible bait in order to land just one of those-making it worth the considerable time and effort.

This is not a new thing of course, but it had been a while since I’d heard of it being a thing. Especially because these agencies weren’t large and didn’t have a new business team able to solely focus on a “whale.”

Including aspirational prospects into your list can be a positive for many reasons: inspiring and exciting the team, motivating the team to more creative new business strategies, and of course, the monetary potential.

But only going after 5-10 prospects-that’s a mistake in my opinion (with one caveat-obviously if you have some kind of in, then it becomes much worthier of consideration, but you still have to think about the potential risks.) 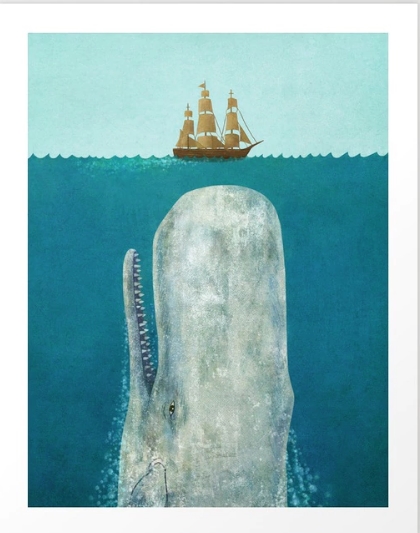 What are the risks behind hunting the whale?

In the time it takes to land that one whale (that’s if you do) you could have landed 3-5 smaller, but still-worthy additions to your bottom line. (And again, that’s if you do.)

The time-suck doesn’t just pertain to you. The more time you spend, odds are you’re bringing in other agency personnel, or the existing members of the new business team at the least. At one point does that become a problem?

Everyone wants the whale:

Yes they do.  And that’s just part of new business generally, so this fact alone should never be a reason not to pursue a prospect, but couple that with the first two risks above, and it makes the whale strategy increasingly problematic.

Depending on how big the whale, the chances of Procurement involvement increases. And then be prepared for long, frustrating hours of staring at your screen.  And the size of the whale is certainly relative, so procurement may not be involved, but by definition, this is a whale, so at the very least, you’re likely to jump over multiple hurdles, involving more people that have to be keyed in to the decision making process on the prospect’s side.

You will have zero pipeline (Or close to it):

Well, you will have those other four prospects that are taking up a lot of time. In all seriousness, your pipeline will shrink, and if you have a solid referral network, that’s going to help, but it’s a scary proposition for long-term health.

Do you really want the whale?

Let’s say you do land it.  Whales eat a lot and inevitably become 50%, 60% or more of your business.

What else will you deal with? A bigger risk of turnover within that company, more handholding (I’m being nice, I meant more headaches) and more politics.

You need to focus in on a manageable number of prospects every month, start with 30-40 companies and add another 40 every month.

And if that’s too much, then start with 20 and repeat every month, and sure, include a few whales if that’s your dream, but balance is everything. 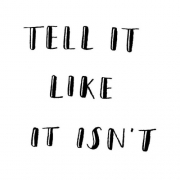 Put These On Your Agency New Business T-Shirt

How often is your agency in a competitive pitch situation?
Scroll to top