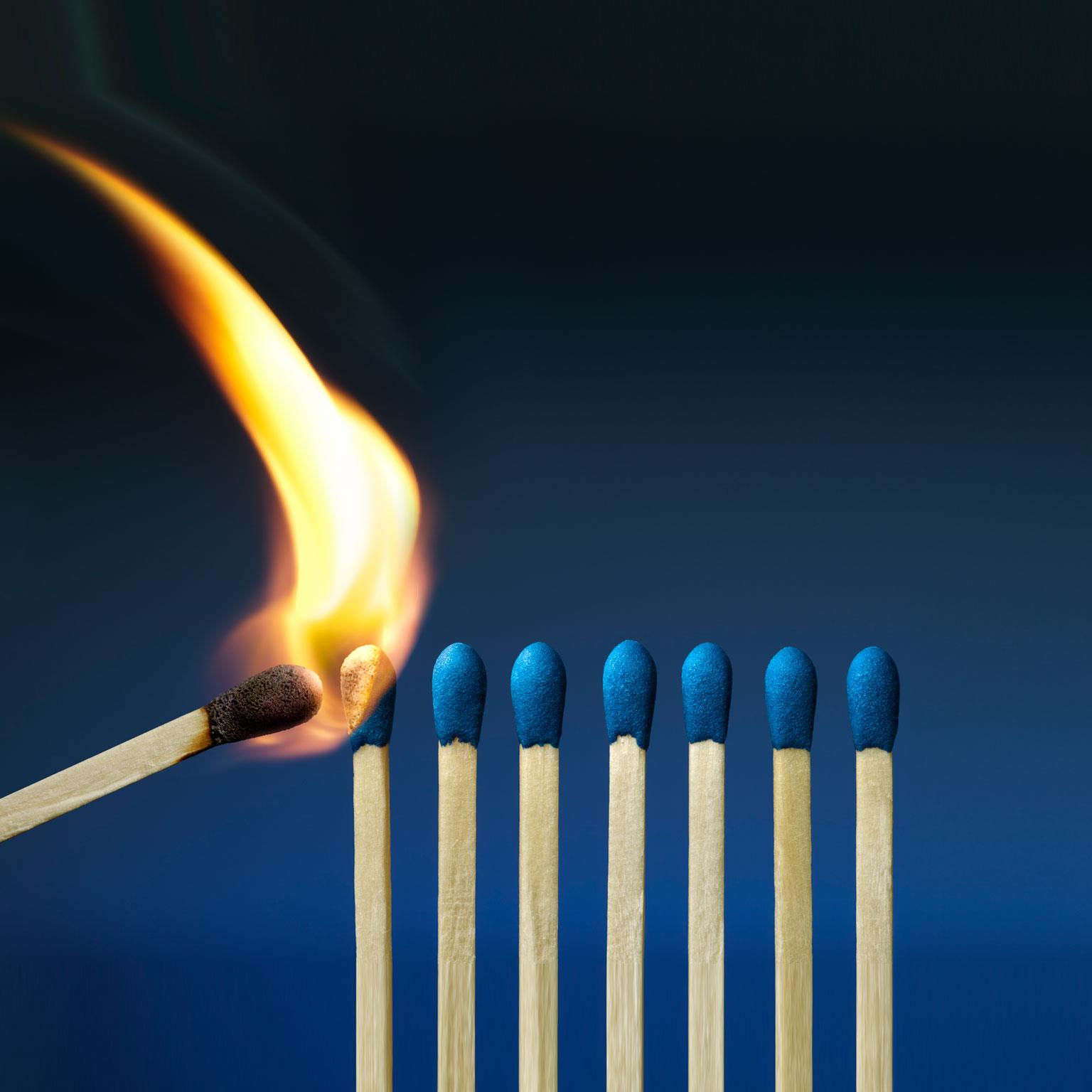 Respondents to the RSW/US 2016 Agency New Business Survey expressed that it is somewhat harder in 2016 to obtain new business than last year.

The combined percentage of agencies responding that obtaining new business is either “a lot harder” or “harder” increased to 43% in the 2016 survey, compared to 35% collectively in our 2014 Agency New Business Survey. 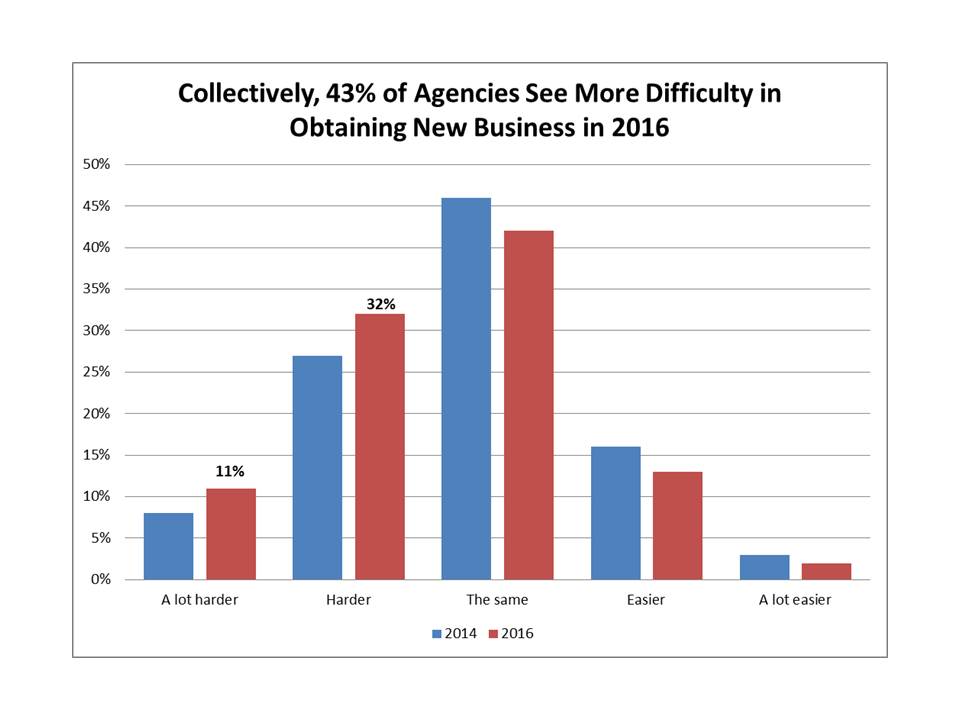 When asked why it is harder to obtain new business, the top response was “harder to break through” with 63% of agencies expressing this.

In comparison, however, 71% of agencies identified this response in our 2014 survey.  Most other reasons with the exception of one were basically flat between the 2014 and 2016 surveys.

The exception is technology.

Nine percent (9%) of respondents indicated the impact of technology on their agency offerings is making it more difficult to obtain new business. Technology was not mentioned at all in our 2014 survey. :

Just one article addressing the forces of change in the industry ran earlier this year in Forbes:  The New Era Of Advertising: What Agencies And Clients Must Do Differently To Succeed, by Kimberly Whitler, former CMO of Davids Bridal, and current Assistant Professor at the University of Virginia’s Darden School of Business.

The article describes a new model and structure for agencies.   In addition to the impact of data on everything from strategy to creative to execution, it also describes how “co-creation” has become a meaningful dynamic among brand stakeholders and how agency organizational architecture is shifting to more creative “communities”.

And, all of this clearly has impact about how agencies position themselves and articulate that positioning within their new business development strategy.

It’s becoming trite to say “the industry is rapidly evolving”.  I hope everyone recognizes that.  If you haven’t  already, prepare for an environment of consistent change.

Why is the New Business Environment Tougher?
Scroll to top