I just spent the last few days at the Content Marketing World 2016 Conference in Cleveland, and this is the first post in a series that will cover what I suspect are the most significant trends that are already shifting the way the marketing industry works.

One key message that underscored a great many keynotes and presentations was this:

Every brand – whether it be small and personal or massive and corporate –now has the opportunity (or even mandate) to be their own media channel or studio.

The media mainstays of the last century (TV, film, radio and print) are not going away – but they are aggressively being challenged and circumvented. One reason is that viewers are abandoning or reducing their engagement with these at a rapid rate in favor of digital and social.

Also, now that digital has become the default for most communications, viewers can easily hack around the standard methods used for delivering marketing-based messaging (DVR and pop-up blockers, to name a few).

As pre-digital media continues to become less effective – new technologies and platforms are allowing everyone to craft their own content and distribute it. And a growing number of brands are beginning to embrace this model – and these are the ones that are going to win.

Some of the featured consultants at CMW 2016 went so far as to say that we are quickly moving to a point where brands should now be media first, and producers of products and services second.

For those who respond to these statements with a ‘wait and see’ attitude, or think that they can get along just fine without an ambitious content strategy, I’d like to offer Margaret Magnarelli, Senior Director, Marketing at Monster.com as evidence.

Ms. Magnarelli has developed a content marketing team that develops and delivers material divided into the three distinct categories, which she has termed: How (educational), Now (news/trends) and Wow (entertaining and engagement-driven).

Her 12-person content strategy team also has a full-time videographer, which recently helped to produce this parody recipe video for cooking up the perfect resume. The relative cost for her team to put it together: about $1,200 – including the $500 camera stand needed to get the vertical shot. She estimated that an agency would have billed her about $10-25K for a similar piece. Most of the items featured in the video came from a dollar store.

As for results, her content strategy approach for targeting the job hunters of the world has elevated their page views from 27.5 million page views in 2015 to 45.3 million this year.

If agencies view this shift as being simply the relocation of work in-house, they would be missing the larger point.

Because brands that are working this way are not simply co-opting the agency side of the equation – they are taking over as much of the process as the internet and their own imagination will allow.

For agencies – the lesson here is twofold:

They used to say that content was king. Now, it’s the entire kingdom – and everyone is getting a chance to rule. 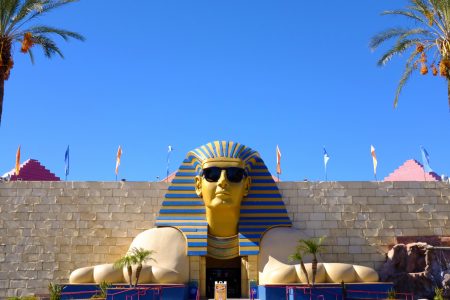 Steve is a Digital Marketing Manager for RSW/US. When not out on a run, he’s responsible for optimizing client positioning through relevant content, impactful email marketing, and an understanding of the trends shaping the agency landscape.

Is your blogging bad? Maybe you should try content curation…
Scroll to top