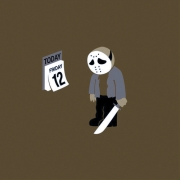 I can throw out several potential reasons: no consistency, no plan, no one owns the effort, to name a few.

These are all valid reasons and I don’t mean to diminish their importance with a quick list, but recently, I’ve seen several patterns reoccur across multiple firms I’ve spoken with.

Their new business efforts are stalled and once you step back and take a big-picture look, you begin to see why.

I swear, if I get one more cold LinkedIn sell, I will lose it.

Similarly, if your only approach is to go for the throat in your first email, you’ll never get in the door.

What you’re trying to get is attention, right?

Sending yet another cold email only adds to your prospects’ full to bursting inbox.

You have to create context around your prospecting.

Look at your efforts as a campaign.

A campaign that can be repeated with small changes over time.

The key is creating awareness first and selling later; however, by later, I mean the whole campaign over the course of a month, for example.

You create context by first reaching out and speaking the prospect’s language, conveying your understanding of their vertical.

You must do this with multiple touches, using multiple mediums.

In the first week, start things off by mailing something-a simple letter or a simple collateral piece.

It’s such an uncluttered medium-you need to take advantage of it.

And while people are all over today, as far as where they’re working, someone is picking up the mail. (It still works.)

And follow with an email, letting them know you sent something to them and why you sent it (because you focus on their industry, you’re expert in this service, etc.).

In the next week, follow up with a first call, and if they opened your email from last week, consider linking in with them, but DO NOT message them with a cold sell.

And follow several days later with a second email.  This is where you start to sprinkle in a case study.

By the third week, you may not have broken through, but you’ve created that context, and therefore permission.

But about that permission.

I mentioned above the right way to go about getting your prospect’s permission.

Agencies sometimes take this far too literally though, and rather than building prospecting tiers by layering targeted, meaningful messages, they literally reach out the first time and do the “aw shucks” or “hey, I’m in your corner” type of messaging.

I am not a fan of any of the following prospecting language:

“Your time is valuable, so I’ll cut right to the chase”

“(Insert prospect’s industry here) is more complex/harder than ever. . .”

I’ve talked before about cutting to the chase.

If you’ve created that context I mentioned above, you can prospect with confidence and not worry about filler like “I know you’re busy.”

Of course they’re busy-you’re wasting your time and your prospect’s when you write that.

As mentioned in #1 above, if your messaging doesn’t speak to the business challenges you help solve, you’ll never get past square one.

First, you have to speak to your prospects and not at them.

If your initial outreach reads or sounds like brochure copy, or like an ad for your firm, it will never resonate.

Instead, mention a real-world challenge you helped a client solve.

Don’t get overly familiar, but do treat it as though you’re talking to the prospect on a professional, but natural level.

Use clear, concise language and state your specific expertise, a few examples of your work, and the intent of your reach out. (An initial conversation).