If you’re a small to mid-sized agency, the reality is the partners are handling new business or you have one, maybe 2 internal sales people.

You may have come across this stat on our blog before, but the average tenure of an agency new business person is 18 months.  Not very long in the scheme of things.  The reasons why are myriad, and I think we’ve heard them all from agency clients coming on board.

Among them, though, at the first sign of struggle, agency leaders often cut bait entirely too soon.

Sometimes you just know, this person is not cutting it, but there are just as many cases that, with a bit of guidance, may result in a much more effective salesperson.

Below, four steps to help guide your new business director oversight, taken from the Inc. article (How to Improve Your Struggling Sales Team) and modified for agency new business: 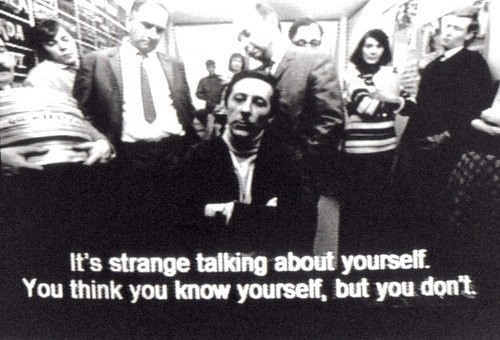 From the article: You need to employ a manager who is not only willing to engage the team, but to also identify weaknesses and work directly with sales staff to overcome their challenges. . . It’s not somebody who can just pat somebody on the back.

In our scenario, the president or a partner is the Sales Manager typically, but the advice above holds true.  It is indeed a balance between identifying weakness and encouragement and in the case of the single salesperson at an agency, engagement is indeed key.

Too many times we’ve been told of or seen instances of a new business salesperson who isn’t treated as a member of the team and is effectively put on the other side of the building and expected to ‘bring em’ in.”

From the article: Sales coach Jeremy J. Ulmer, who lists among his credentials twice being ranked the No. 1 sales performer at two global Fortune 500 companies, says the first step to improving sales is talking directly to the team to find out what struggles they are facing. What makes their jobs difficult? What could they do better? What could they be provided with to do better?

Again, engagement is key and part of that engagement is speaking directly with your salesperson, at least weekly.  Another excerpt from the article that applies directly to agency new business:

Too many managers fall back on what he calls “spreadsheet coaching,” where the focus is on whether the sales staff is hitting its numbers. Instead, you should be working closely with the individual sales representatives to understand the context of the problems.

Yes, numbers are important, especially when it comes to critical pipeline building, but if that’s the main/only focus, everyone will be unhappy.

Step Three: Put Your Team on a Sales Diet

From the article: Wendling recommends giving struggling employee a smaller stack of calls to work through. They’ll can gain confidence and avoid the burnout of intense extended sales pitch efforts.

Then, work with them to dissect the sales calls to note areas for improvement: Do they have good rapport and conversation skills? Are they moving through the pitch at a natural pace or steamrolling right to the point?

Setting individual benchmarks can help put people on the right track to success, especially if you are forced to put sales staff on probation until performance improves.

“They could see (the office) as this daunting place they have to go. That could scare a lot of people off,” she says. “With that internal pressure, sales people wind up making desperate calls, stretching the truth, lying to customers just to get sales.”

Good advice; however one area, when applied to new business, which I don’t completely agree with: since agencies in our scenario typically have 1-2 salespeople total, I would hope they were vetted enough in the interview process that conversation skills and pacing aren’t a concern.

But dissecting the calls in regards to how they’re representing the agency to key prospects is an area I can see working on, for example.

Per the article: It’s an obvious piece of advice, but one worth repeating, Galante says: the best way to handle lackluster sales representatives is to not have them in the first place, or to at least identify them early. “It’s really important for the management team to avoid this situation,” he says. “Stay on top of the rep’s performance, intervene before they become the worst sales person or significantly underperforming.”

I touched on it above.  The worst thing you can do, besides not giving your salesperson enough time, is letting that person linger well beyond their expiration date. That may sound callous, but it is your business and it does no one any good, from a morale standpoint, and more importantly, from an agency cash flow standpoint.

Selling agency services is hard work.  I don’t have to tell you, it’s not like selling a widget.  When I speak with agency principals considering our services, I ask about their past new business hiring experience and what they’ve tried.

Sometimes they mention the one salesperson that got away.  Quite frankly that’s good for us, it means we might be able to help, but I also say in those conversations, if you have someone internally and they’re doing a great job, or they’re struggling but they’ve shown they can be successful, do everything you can to keep them on board. Good people are indeed, hard to find.

Agency New Business & The Change of the Guard

How Many Times To Touch That Lead?
Scroll to top