The last two searches we’ve managed on the RSW/AgencySearch side of our business (one for Mercy Health in Michigan and the other for Legrand) – while different in a good number of respects, were very similar in terms of their new business outcome.

These guys know their stuff!

In both cases, the marketers stated that one of the reasons they selected the agencies they did was because they felt like the agencies were “already ramping up”.

It wasn’t because of beautiful creative.

It wasn’t because they connected with the team wonderfully.

It wasn’t because they were the most strategic.

While all of these certainly played a role in their decision to select the agency, in the end it boiled down to the fact that the agencies spoke to the client – not at them.

This gave each of these clients the feeling that these agencies had done enough homework and had thought through the issues well enough that the time to ramp up could be reduced – which wasn’t a requirement, but certainly would prove a benefit to the clients.

The presentations these agencies gave paralleled each other considerably:

Both tailored their presentations to the client’s challenge, their market, their world.

In the Mercy presentation, the agency visited the Michigan market, did their own set of focus groups to glean insights about the market and their creative ideas and they referenced learnings about the Michigan market’s competitive space, talking specifically about how their recommended direction would differ relative to what was already going on in the market today. 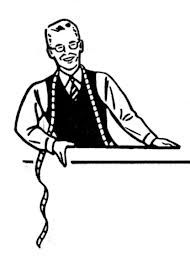 Both were very detailed about the specifics of their next steps.

In the Legrand search, the winning agency spelled out very specific next steps that tied to the very tailored recommendations they made to the client.  They studied their situation enough, asked enough good, smart questions during the search process, and brought the ideas to the table that made the client feel like part of the ramp-up was already complete.

Both also showed a great deal of enthusiasm for the client’s business.

In both presentations, the feedback I gave to the runner-up agencies was also the same:

So what does this mean for you?

Means don’t take anything for granted.

The competitiveness of the agency world is increasing each and every day.

Every interface with a prospect should be meaningful for them.

It doesn’t take a ton of work, just takes a little time, creativity, and energy.

It’s easy to walk in and give your canned presentation or tailor it to the category.

What’s hard is thinking about the client and taking the time to learn about their situation and then making them feel like you’re nearly part of the team when you walk out the door.

Are You Utilizing Your Team for Agency Differentiation?

Have You Tried This New Business Technique To Break Through To Prospects?
Scroll to top