This past week Tony Mikes, the founder of Second Wind, passed away after a year-long struggle with brain cancer.

In 1988, after many years as an agency owner, Tony founded Second Wind: his self-professed “second life.” Tony felt strongly that smaller agencies needed resources and information designed to help them build better agencies and it was in this role that he realized his true calling as a mentor and teacher to other agency owners.

The entire RSW/US family wishes his entire Second Wind family well and wants them to know they are in our thoughts and our prayers. 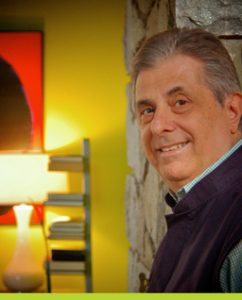 In some respects, I have Tony to thank for helping me get RSW/US off the ground.

It was back in 2004 when I was first making sales calls for RSW/US to see if it was a concept worth risking it all for.  One of the meetings I set was with a guy named Dick Maggiore, Principal at Innis Maggiore in Canton, Ohio.

Dick said “thanks, but no thanks”.  Felt his agency was doing alright in the agency new business front and suggested I knock on the door of Second Wind and talk to Tony.  He thought he and his firm, Second Wind, might be a great place for me to find agencies that had a real need for what we do.

So while on a trip out to Pennsylvania, I stopped in Wyomissing, Pennsylvania and paid Tony Mikes a visit.

I was a relatively young guy and Tony had no idea who I was.  Didn’t matter.  He was gracious, considerate, and very receptive to the story I had to tell him.  Don’t know if he saw some of him in me (both entrepreneurs and both of Greek decent)…but regardless, he found my story compelling enough and me honest and authentic enough to let me send out introductory letters and a one-pager to his 700 member agencies in his monthly newsletter mailing. He got nothing for it – other than offering his member agencies some information about our new outsourced agency new business service.

He simply helped a “kid” who made a good connection and was looking to start up a venture possibly the same way he started his.

Each and every time, he has been just as gracious and thoughtful as the first time I met him over 10 years ago.

Tony was authentic, honest, and caring.

His purpose was a good one and I know his values and his mission will live on in Second Wind as Laurie and the rest of the family carry the torch to continue to help agencies “BE a Better Agency”.

Straight From the Marketing Prospect’s Mouth